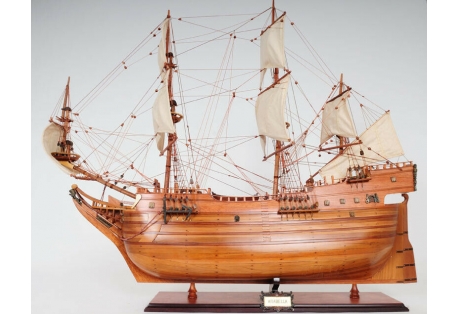 The Arbella or Arabella was the flagship of the Winthrop Fleet on which, between April 8 and June 12, 1630, Governor John Winthrop, other members of the Company and Puritan emigrants transported themselves and the Charter of the Massachusetts Bay Company from England to Salem, thereby giving legal birth to the Commonwealth of Massachusetts. John Winthrop is reputed to have given the famous "City upon a Hill" sermon aboard the ship.

Also on board was the first female poet to be published from the New World, Anne Bradstreet and her family.The ship was at first known as the Eagle. Its name was changed in honor of Lady Arabella Johnson, who was a member of Winthrops company, along with her husband, Isaac Johnson. Lady Arabella was the daughter of Thomas Clinton, 3rd Earl of Lincoln.