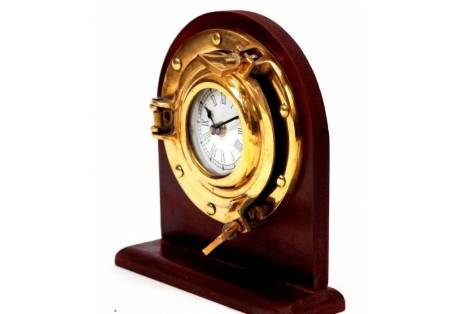 Built by Donald McKay in East Boston, Massachusetts in 1851, the Flying Cloud could be considered the fastest clipper ship of its time. Intended for the company Enoch Train of Boston, who paid $50,000 for her construction, the ship was sold prior to her actual completion to Grinnel, Minturn & Co. of New York for a sum of $90,000. Six weeks after her initial launch the Flying Cloud made headlines around the world with her record setting sail from New York to San Francisco, around South America’s Cape Horn, in 89 days, 21 hours. Commanded by Captain Josiah Perkins Creesy the brilliant clipper travelled almost 125 miles a day for three days straight.  Two years later the Flying Cloud broke her own record for the journey by 13 hours. In addition to her breathtaking speed on these journeys, the Flying Cloud was significant in that her navigator was Eleanor Creesy, wife of Captain Creesy. While this may not seem a fact of note today, in the mid-1850s having a female navigator aboard ship was quite out of the ordinary.