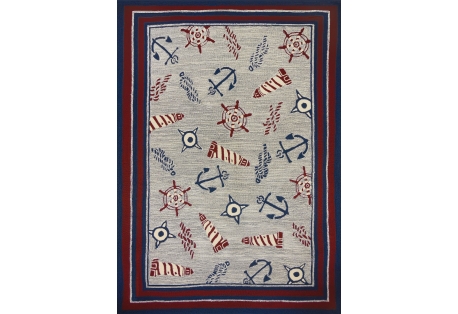 Volunteer was the victorious American defender of the seventh America's Cup race in 1887 against Scottish challenger Thistle.

Volunteer, a centerboard compromise sloop, was designed by Edward Burgess and built by Pusey & Jones Shipbuilding Company at Wilmington, Delaware in 1887 for owner General Charles J. Paine of the New York Yacht Club.

Volunteer had an all-steel frame and hull, with a deck of white pine.

Volunteer easily beat the 1886 America's Cup defender Mayflower during the trials, and won both Cup races on September 27 and 30, 1887, against Thistle. It was skippered by Captain Hank Haff with the assistance of Captains Terry, Berry and L. Jeffreys.

Soon after the Cup races, Volunteer was bought by John Malcolm Forbes (who also owned Puritan) and was altered as a schooner in 1891. It was broken up at a New York junkyard in 1910.