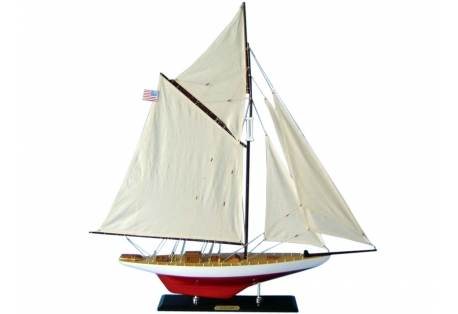 NO LONGER AVAILABLE FOR SALE

This elegant model yacht of America’s Cup winner Vigilant is the perfect highlight for a bedroom or beach house, office or meeting room while sailing from atop any mantle, shelf or table. Brightening any room with her presence, Vigilant model sailboats shine with the unbound freedom of the wind, graceful speed of the waves and winning spirit of their famous namesake in this Limited Editionmodel yacht.