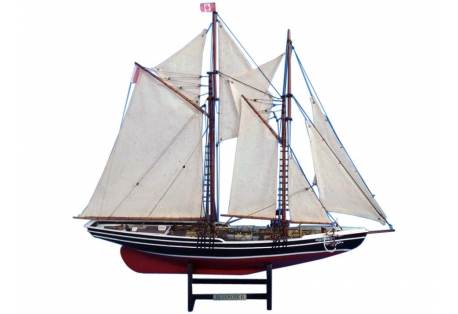 
This newly designed Limited Edition museum-quality scale replica Bluenose 2 yacht is offered exclusively by Handcrafted Model Ships, and includes a numbered Certificate of Authenticity signed by HMS Founder and Master Builder Richard Norris, as only 250 will ever be made. Accurate in almost every detail to the original Bluenose sailboat.

Compare the quality, craftsmanships and details of the Limited Edition Bluenose 2 model to others and notice: