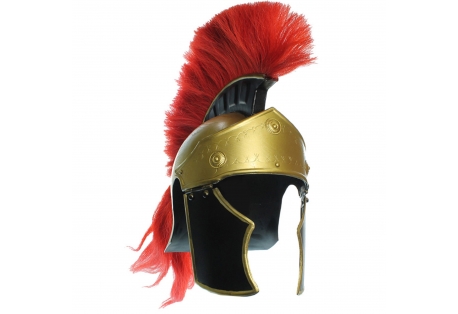 Greco Roman Helmet Red Plume is a symbol of excellence. Horse hair, especially when worn as a capillary ornament, was a sign of manliness. Roman helmets had brushes or plumes of horsehair. It seemed to have been a purely aesthetic addition, with little practical use. However it was the continuation of a type of helmet known as the Illyrian Helmet which had horse hair brushes. Used widely throughout the Classical and Prehistoric, in Greece, the Balkans and Italy.