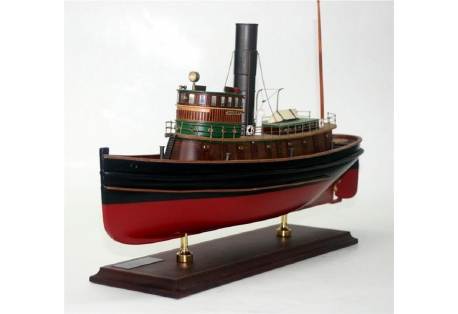 The original Brooklyn was built in 1910-1911 by Wm. Cramp & Sons of Philadelphia. The original builder drawings are dated December 1910.

The Brooklyn was a railroad-transfer tug. It was built for the New York Dock Co. and spent its entire 50-year career shuttling barges loaded
Dimensions: 18.5 Inches Long x 13 Inches High