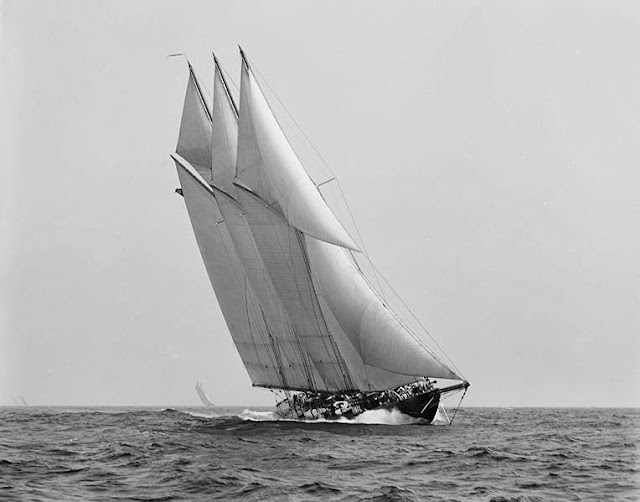 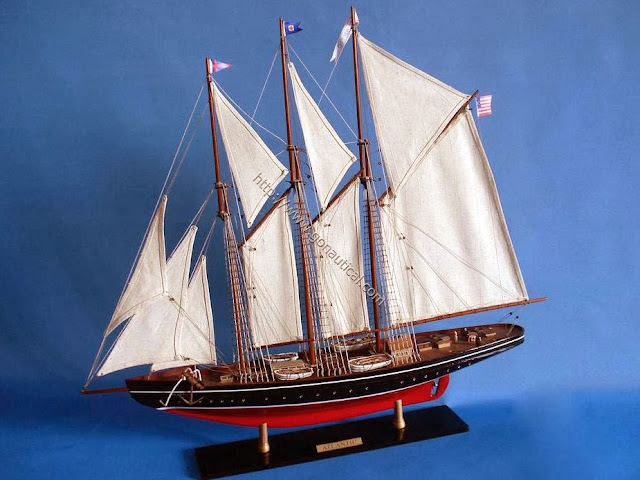 Sailing Schooner “Atlantic”
The Atlantic, designed by William Gardner, was launched in 1903 after being commissioned by New York Yacht Club member Wilson Marshall. The Atlantic was an exceptionally fast and beautiful schooner.

The Atlantic was deemed a promising yacht in 1903 when she hit twenty knots during her sea trials, but two years later, the Atlantic shocked the world with her record that remained unmatched for almost a century.

The Atlantic proved her speed by winning both the Brenton Reef and the Cape May Cup but she shocked all by winning the Kaiser’s Cup in 1905. Legendary Captain Charlie Barr, known for his skills of driving the largest of yachts to the limit, was hired to skipper Atlantic.  He sailed the Atlantic 30006 miles in 12 days, 4 hours, 1 minute and 19 seconds with a 24-hour record at 341 miles and an average speed of 14.1 knots. This record held after uncountable attempts until 1998, deeming it the longest standing speed record in the history of yachting.

After World War II, the Atlantic never sailed again, however, she was saved from the scrap yard on three separate occasions. Breaking loose from her moorings one day, the Atlantis would end up out on sea without a man on board. Eventually ended up as a houseboat, a restaurant, and a floating dock at a fuel station.  On January 30, 1982, the Atlantic was finally broken up in Newport Harbour, Virginia.