Construction
Harold Stirling Vanderbilt funded construction of the Ranger, and it launched on May 11, 1937. It was designed by Starling Burgess and Olin Stephens, and constructed by Bath Iron Works. Stephens would credit Burgess with actually designing the Ranger, but the radical departure from conventional J-class design was more likely attributable to Stephens himself. Geerd Hendel, Burgess’s chief draftsman also had a hand in drawing many of the plans. 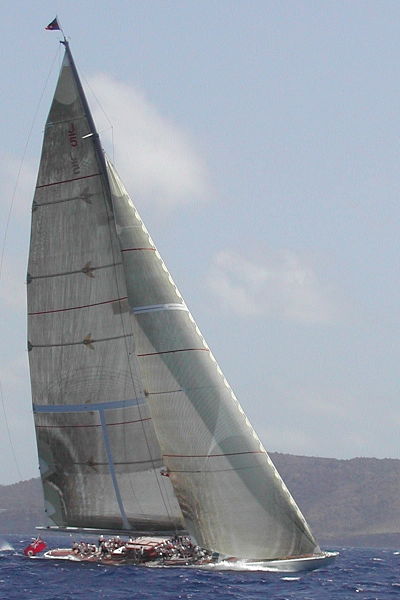 photo source wikipedia
Ranger was constructed according to the Universal Rule which determined how large various dimensions of racing yachts, such as sail area and length, could be. Often referred to as the super J, the Ranger received a rating of 76, the maximum allowed while still fitting within Universal Rule constraints.
Specifications
* Overall length: 135 ft
* Length at water line: 87 ft
* Beam (width): 21 ft
* Draft: 15 ft