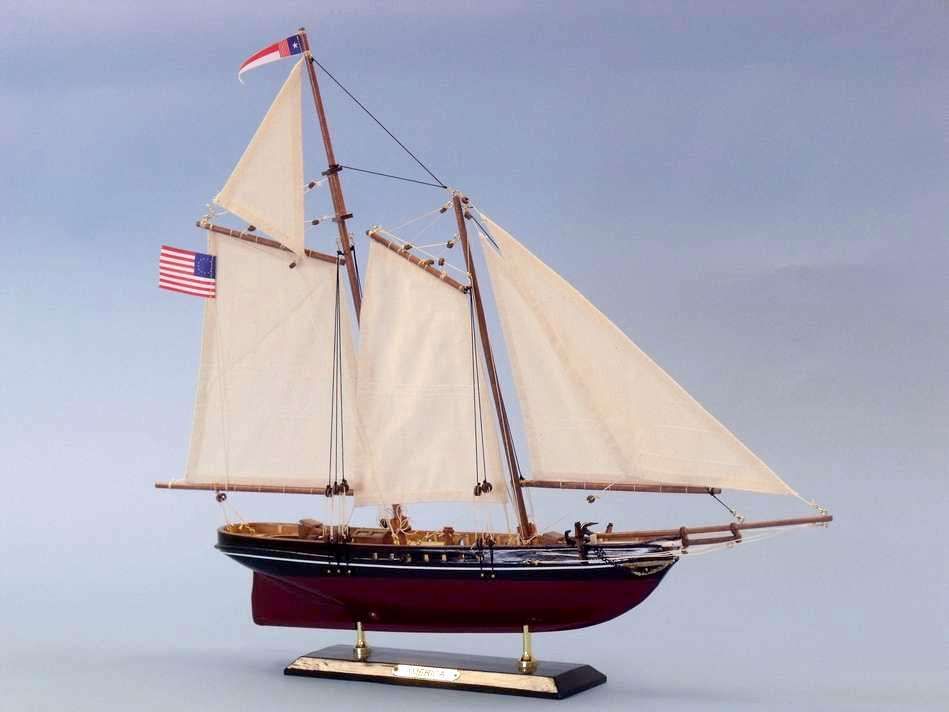 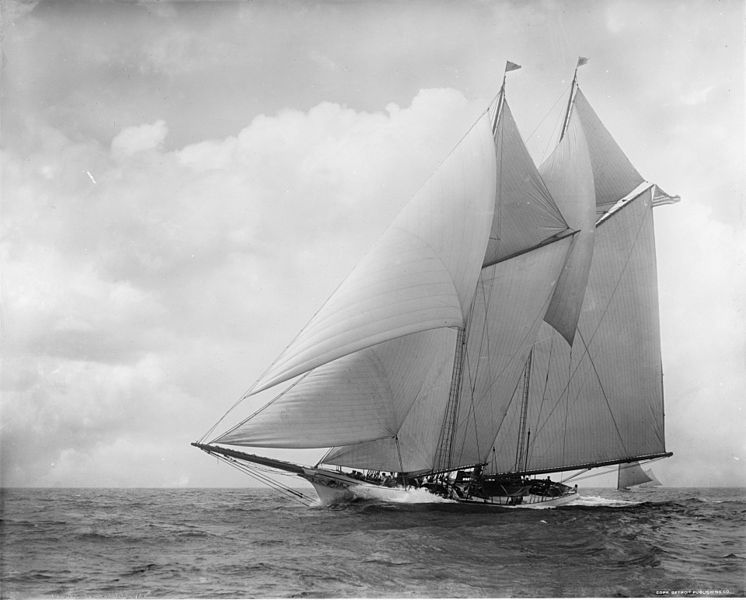 The America was a 19th century racing yacht, designed by George Steers for Commodore John Cox Stevens and is also a syndicate from the New York Yacht Club.  On August 22, 1851, this schooner became infamous after winning by 8 minutes over the Royal Yacht Squadron’s “One Hundred Guinea Cup.” In honor of this victory, the international sailing trophy for this 53 mile regatta around the Isle of Wight became the America’s Cup.

George Steers designed the America. Steers was a revolutionary designer whose ships repeatedly set record and won races because of his practice of giving ships a knife-like bow widening aft, as opposed to the popular practice of the time which was to give ships a blunt bow and a sharp stern.

A personal friend of Steer’s, Richard Brown, a member of the Sandy Hook Pilots captained the ship. A skilled yacht racer whom chose Nelson Comstock as his first mate, which was a novice to racing.

Setting aside the famous races, the America passed through various hands of ownership such as, John de Blaquiere in 1851, who then sold her to Henry Montagu in 1856. The ship over time was not maintained and was raised and repaired by the U. S. Naval Academy in Annapolis. The ship served as a training ship in the U.S. Naval Accademy after serving the war on the Union side of the blockade.