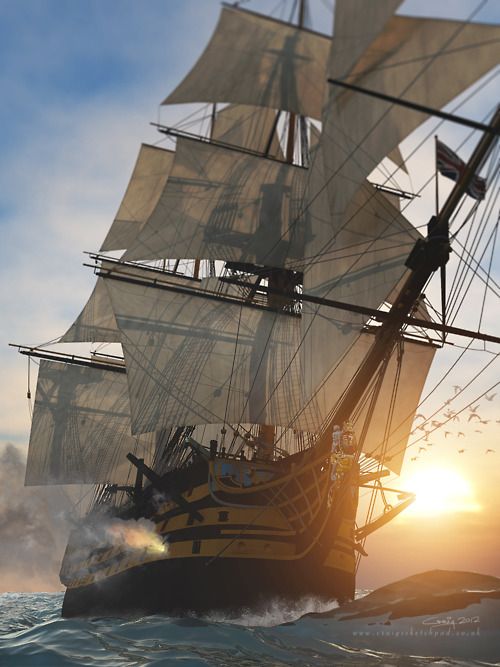 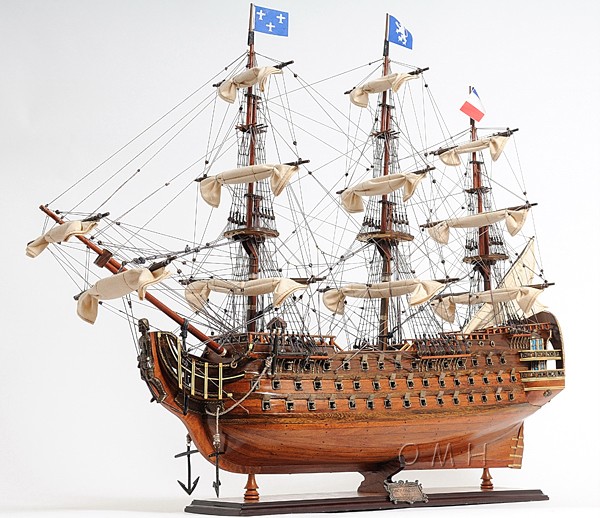 The Royal Louis, with 120 cannons and 1,200 crewmen, was the largest and most powerful tall ship of the French Navy in the late 1700s. Her captain was a Squadron Admiral. Able to shot 48-pound bronze cannonballs, the Royal Louis had unrivaled firepower. It was a huge vessel, dwarfing Dutch and English ships of similar power and intimidating all who crossed its path. Because of its superior size, the Royal Louis carried large amounts of supplies for the crew, enabling it to serve as a comfortable, well-stocked ship.