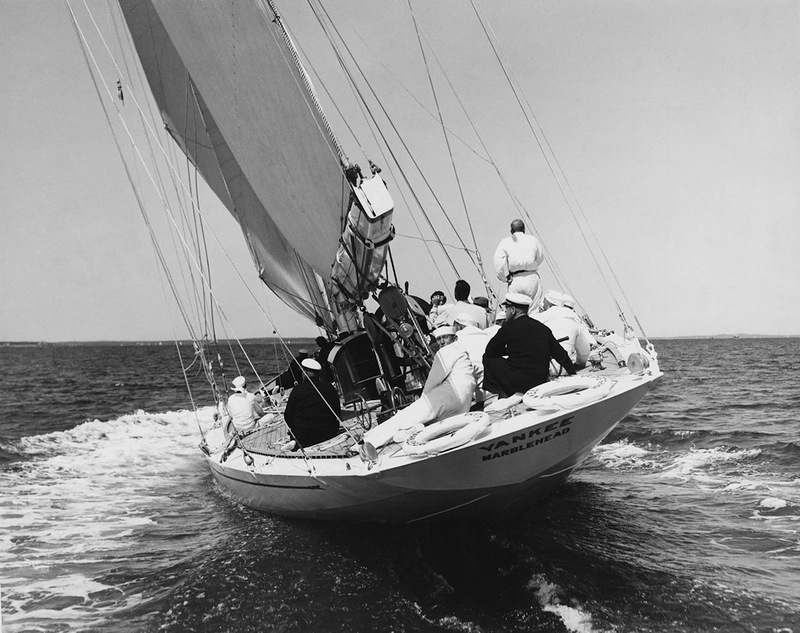 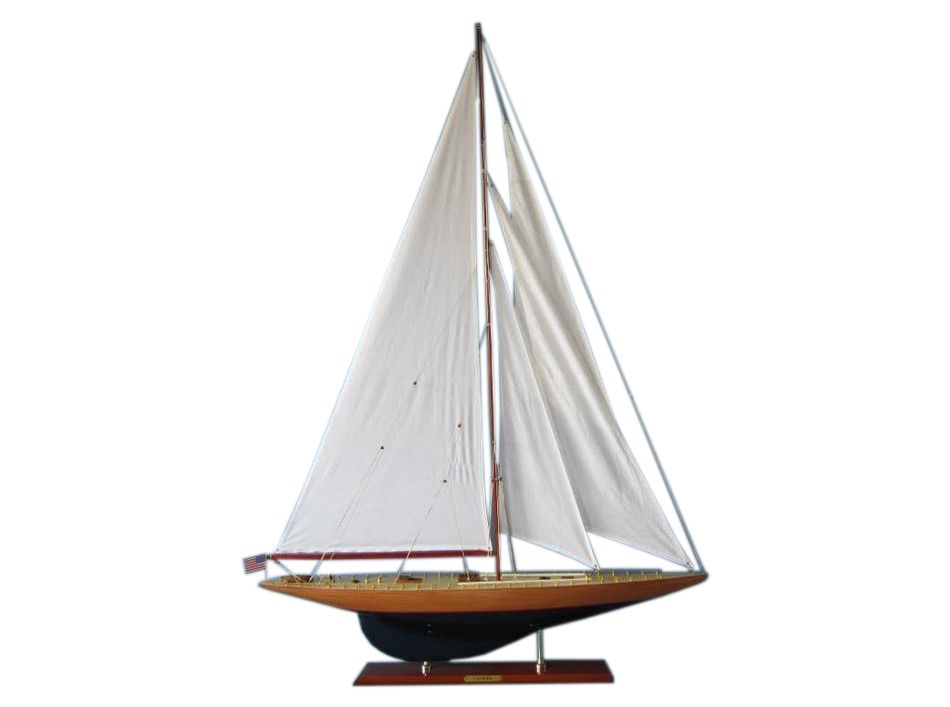 The third American J Yacht Yankee, was the best all-rounder. At 84ft on the waterline and 125ft length overall, she was solidly made of Tobin bronze and was extremely well balanced. Designed by Frank Paine, Yankee had an almost straight sheerline and easy lines. She was a powerful contender for defender, but not fine-tuned enough to succeed. She did, however, take part in the 1934 America’s Cup trials and with alterations to her rig, to carry more sail, and bow, which was lengthened and made more of a V-shape, she then proved more successful, especially in light winds.
Dykstra Naval Architects have designed and optimized Yankee.

Designed between 1930 and 1937 in America and Britain, J Class Yachts were reserved for the wealthy and elite, each an America’s Cup contender that was larger than the 12-meter class set by the race’s International Rule. 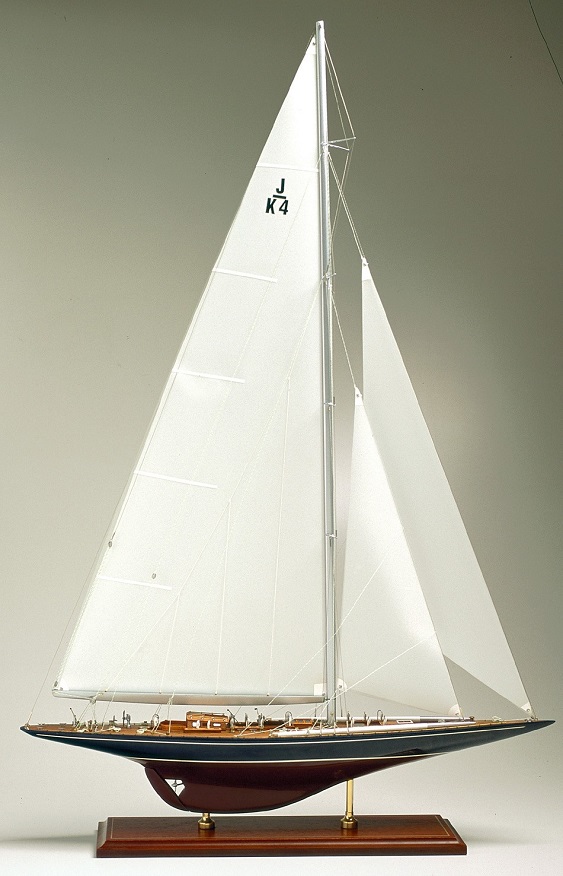 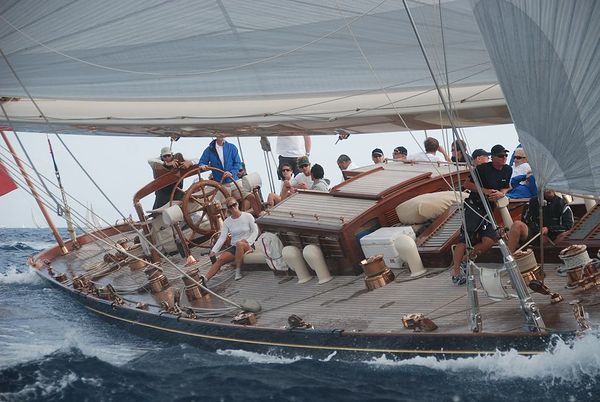 Shamrock was originally owned by Sir Thomas Lipton, the owner of the English grocery chain ‘LIPTON’, and famous for his import of Lipton Tea from India.

Shamrock V was built in 1930 for Sir Thomas’s fifth and last America’s Cup challenge. Designed by Nicholson, she was the first British yacht to be built to the new J Class Rule and is the only remaining J to have been built in wood. After launch she was continually upgraded with changes to hull shape and rudder. The rig was also modified to create the most effective racing sail plan but she was no match for the faster US design “Enterprise”.

Sir Thomas made all five of his America’s Cup challenges as a member of Royal Ulster Yacht Club, a club that continues to this day to have a strong involvement with The Cup.

Shamrock V was sold in 1933 to Sir Richard Fairey (Fairey Aviation) who again was a keen yachtsman who campaigned it in company of two new steel J’s built during 1933 – 1934, Velsheda and Endeavour. After World War II, Italian owner Mario Crespi installed the elegant bird’s-eye maple interior. 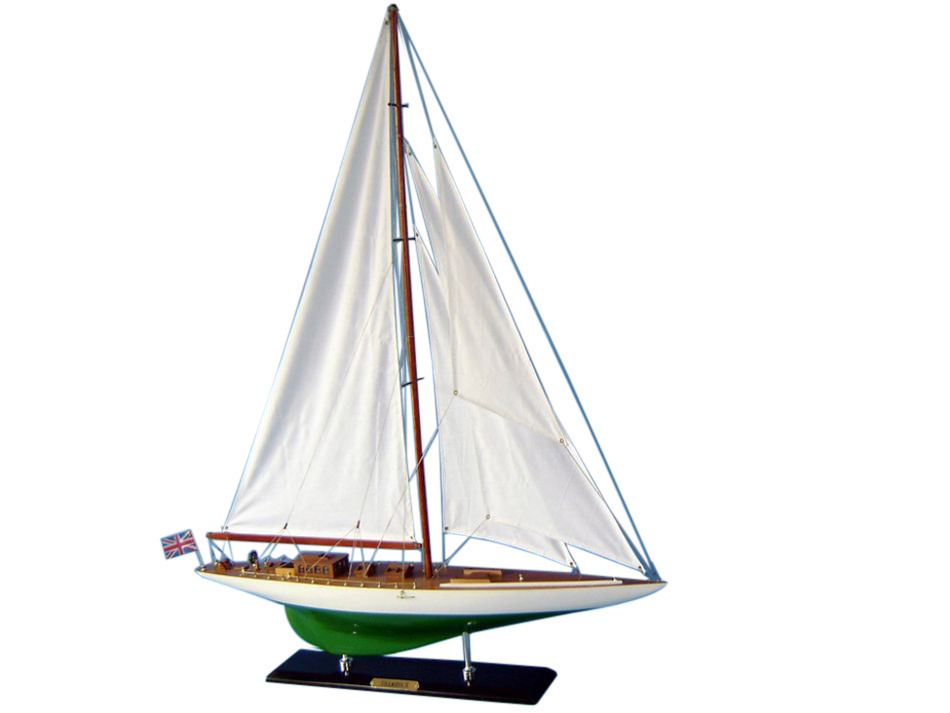