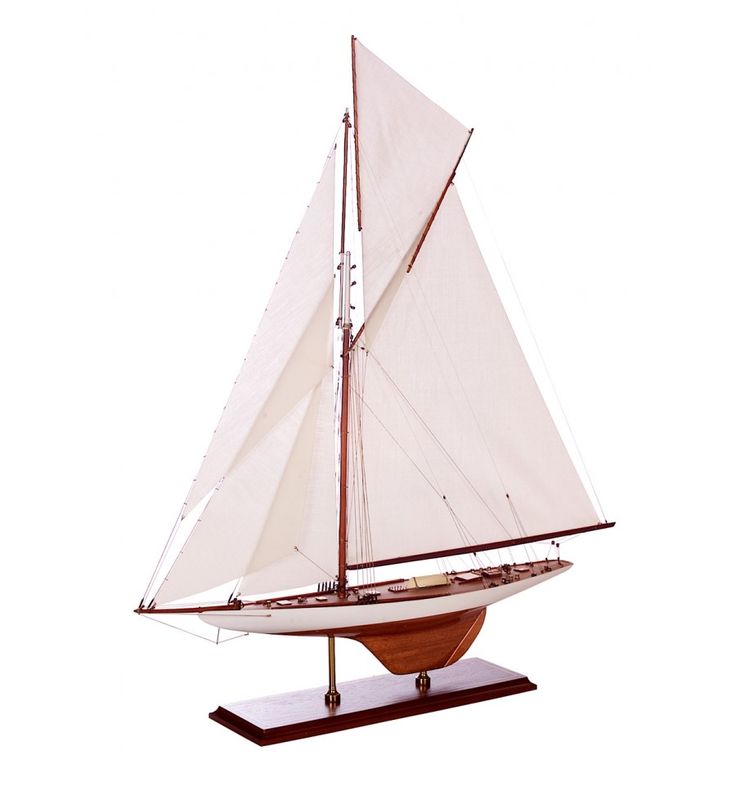 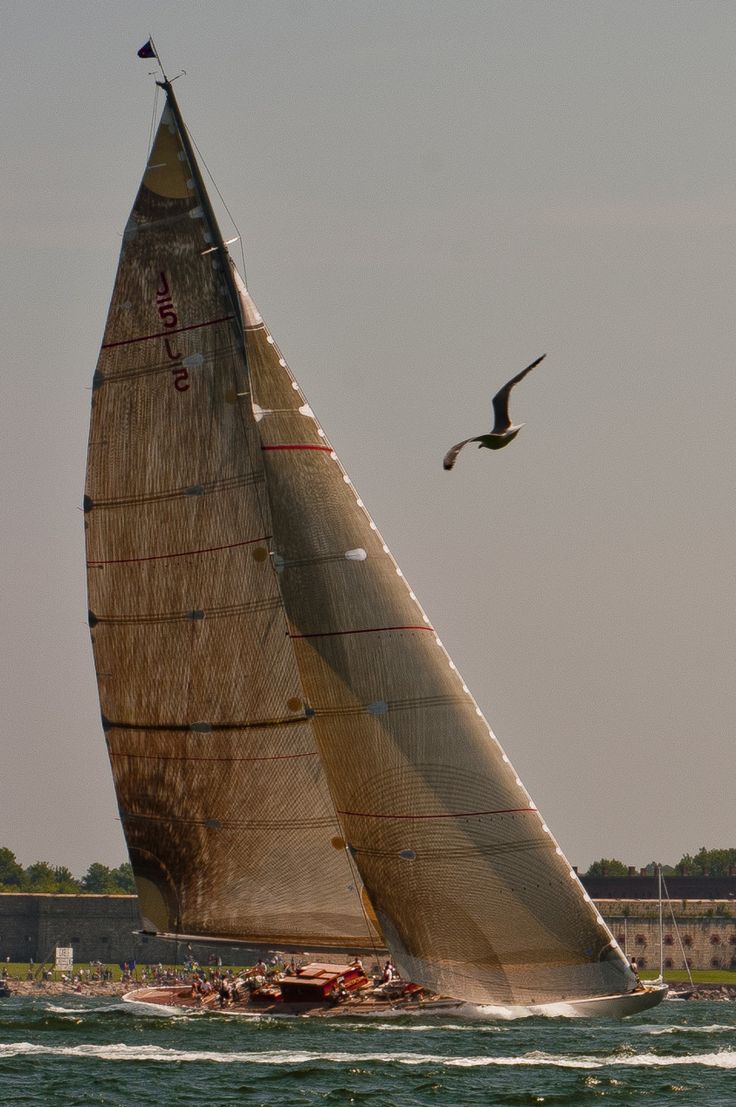 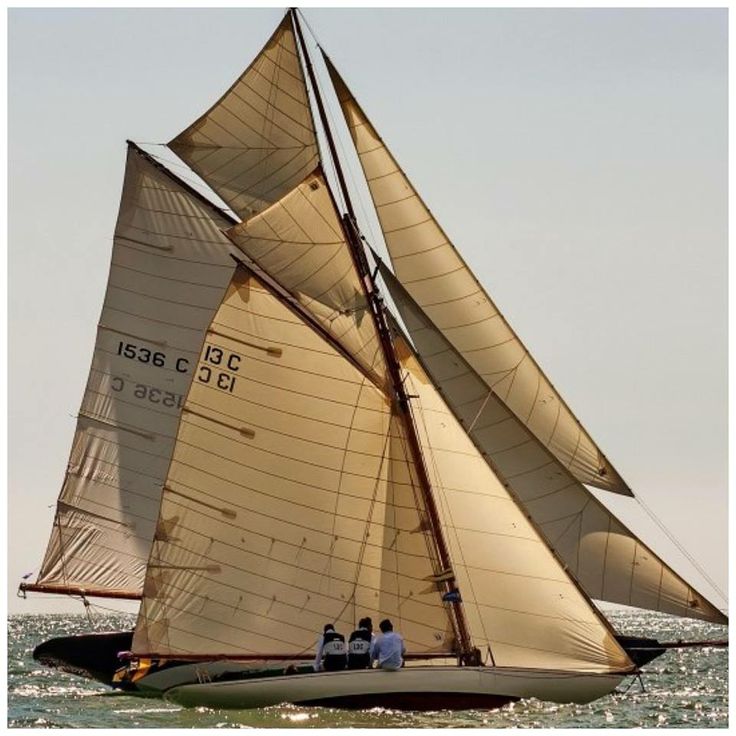 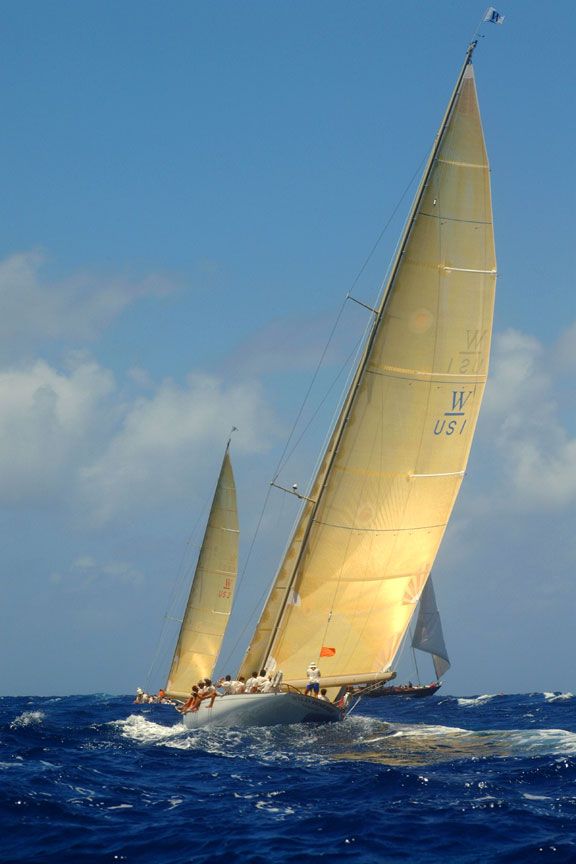 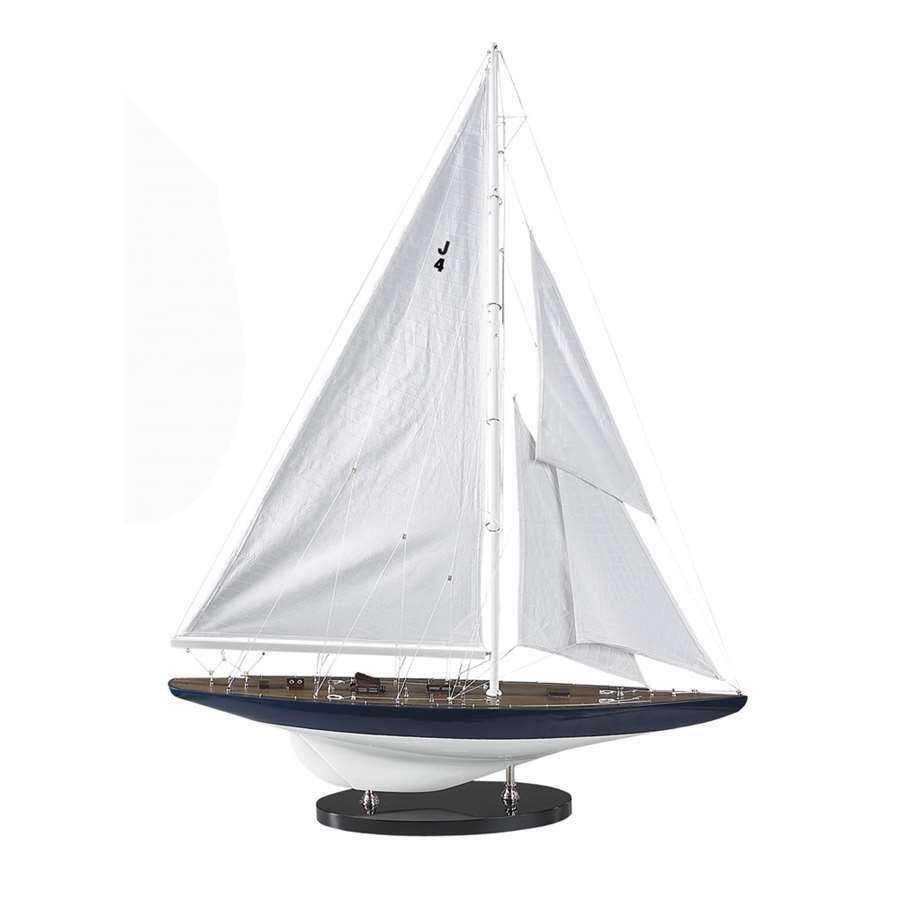 Rainbow was designed by W Starling Burgess and launched in 1934 from the Herreshoff yard where she was built in just 100 days. The J stepped a pear-shaped duralumin mast, designed to take the strain of the double-headed jib – first used on Whirlwind – and she was originally rigged with a Park Avenue boom. This was later removed because it was considered too heavy. 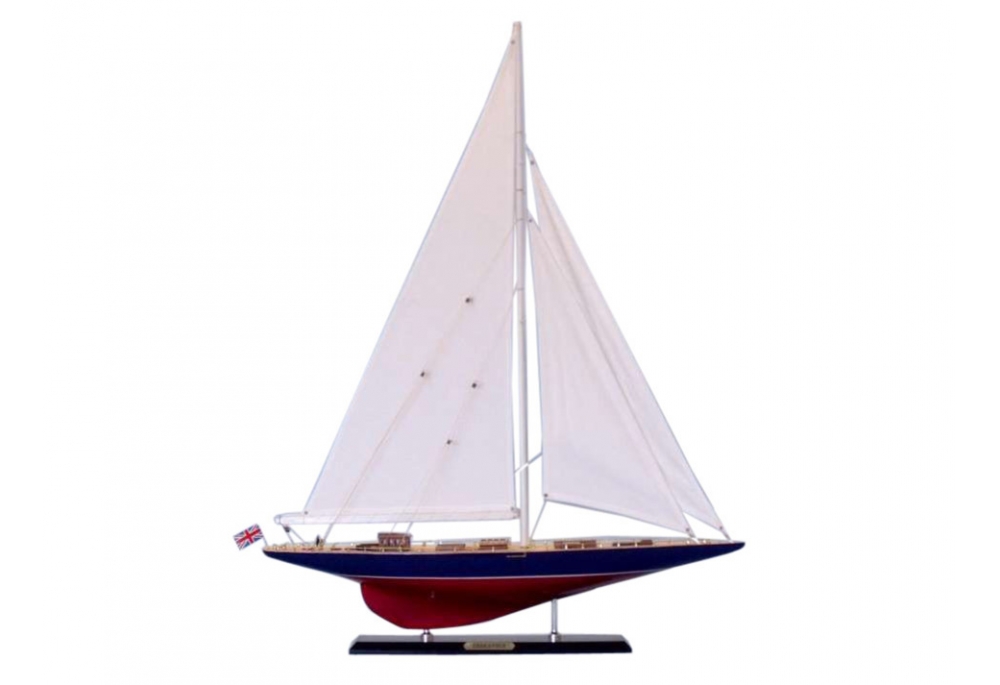 HANDLING THE J CLASS YACHTS IN THE 1930’s

The Skippers had to be experienced in racing and their skill on the race circuit became a matter of pride. These mighty craft had no engines and they had to be handled with great precision to get into and out of ports. Often their experience came from sailing all types of small craft, including fishing boats, during the winter months, when the J Class yachts were laid up. The permanent racing crew in the early days was probably around 16 men thou this may have been augmented to around 30 for racing. When not required for sail changes, spare crew were often moved to below decks. source http://www.jclassyachts.com/

J Class Regatta scheduled for June 2017
Cowes, UK, 12 February, 2015: The J Class Association (JCA) is thrilled to announce that the J Class has accepted an invitation from the Organisers of the 2017 America’s Cup to participate in a J Class regatta during the AC35 event. All eight J Class yachts are expected in Bermuda, with a minimum of six anticipated to compete in the J Class regatta – the first time in history more than five J Class yachts have ever raced against each other.

“When racing for the America’s Cup in the 1930s, the J Class boats embodied grace and power with cutting-edge design and engineering. Having the J Class join us in Bermuda will create a spectacular blend between the old and new.”

Berthed at the centre of the Race Village, the J Class fleet will showcase the heritage and tradition of the America’s Cup. The yachts will also be at the heart of the action with their own exclusive four day regatta.

Louise Morton, Secretary of the J Class Association (JCA) commented: “The America’s Cup Organisers have offered the J Class a unique opportunity to be part of the America’s Cup for the first time in 80 years. On behalf of the Owners, Captains and Crew, we are delighted to accept their kind invitation and look forward to being part of this spectacular event.”

The current J Class fleet comprises seven yachts, including two of the original Js that raced for the America’s Cup. The seven J Class yachts sailing are: Endeavour, Hanuman, Lionheart, Rainbow, Ranger, Shamrock V and Velsheda. J8 is due to be launched in May 2015, taking fleet strength to eight – the first time that eight Js have been sailing since 1934.

J Class fleet racing is one of the most spectacular sights on the world sailing circuit. The Class continues to expand and the fleet is warmly welcomed by regatta organisers around the world. Followers logging on to www.jclassyachts.com can also enjoy every tack and gybe as it happens thanks to live race tracking fitted to every yacht. This article from the Sydney Morning Herald, 30 January 1897, mentions ESMERALDA came fifth in the Intercolonial Sailing Carnival held in Sydney the previous weekend.

This photo is part of the Australian National Maritime Museum’s William Hall collection. The Hall collection combines photographs from both William J Hall and his father William Frederick Hall – the latter of which is likely to have taken this image. The images provide an important pictorial record of recreational boating in Sydney Harbour, from the 1890s to the 1930s – from large racing and cruising yachts, to the many and varied skiffs jostling on the harbour, to the new phenomenon of motor boating in the early twentieth century. The collection also includes studio portraits and images of the many spectators and crowds who followed the sailing races.

The Australian National Maritime Museum undertakes research and accepts public comments that enhance the information we hold about images in our collection. If you can identify a person, vessel or landmark, write the details in the Comments box below.

Thank you for helping caption this important historical image.