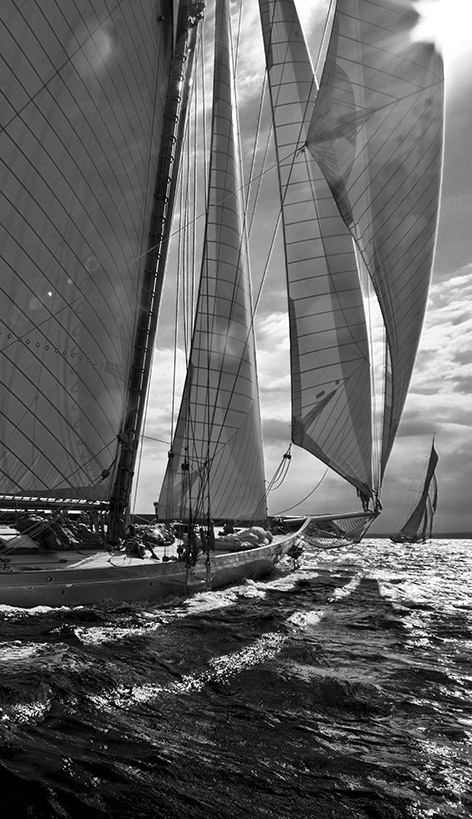 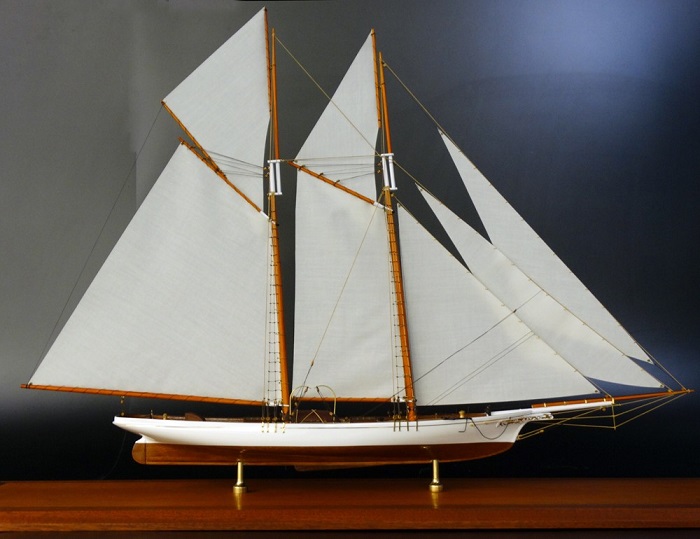 Columbia was one of the two yachts to successfully defend the second America’s Cup race in 1871 against English challenger Livonia. Design:Columbia was a wooden centerboard schooner designed and built in 1871 by Joseph B. Van Deusen in Chester, PA for owner Franklin Osgood of the New York Yacht Club. Career: Skippered by Andrew J. Comstock, Columbia won the first two 1871 best-of-seven races against Livonia. She was beaten by Livonia in the third race, in which Columbia, damaged from the second race, was skippered by Horatio Nelson “Nelse” Comstock. She was the first America’s Cup… This 64′ yawl was constructed at the A/B Neglinge-Varvet yard of Sweden and launched in 1953. She looks to be a powerful boat and very capable cruiser. Construction is of white oak for all structural members and single planked of mahogany.